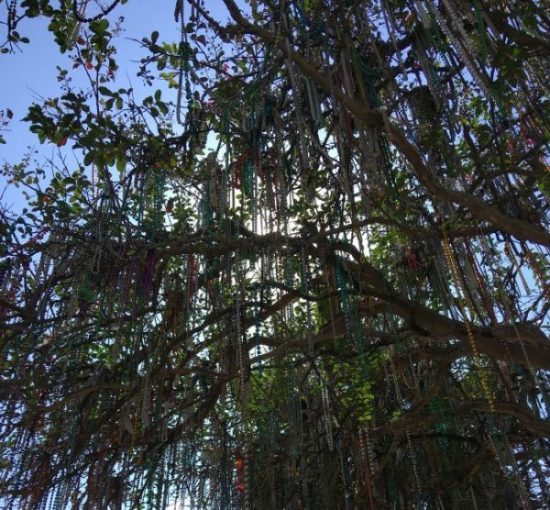 My first day back teaching college after our trip to Cuba, a student asked me if I had a good vacation.  I was…not pleased, to say the least.

But, I took a deep breathe and explained that playing three concerts in six days is not a vacation,  nor would Professors miss a week of class in the middle of the semester to go on holiday.

I doubt he was convinced.

That’s not to say we didn’t have fun, but our two trips this Fall were not vacations.  At our annual concert at the Tenri Cultural Institute on Nov. 22, Board member, Dr. Anne Wigglesworth gave us a fabulous introduction. She enumerated many of the things we have done this past year, and she mentioned, that despite how it looks on our Facebook feed, we really were working on these trips.  Shouldn’t one have fun at work?

Every time we hit the road, and especially when we attend a festival or university, there are a few different components or objectives. Generally I see the aims as three-pronged: Performance, Education and Interaction.

Performance is the simplest to explain.  We have many interesting works for our combination, that frankly, people do not have the opportunity to hear.  We need to advocate for these works and the composers who write them.  Every time we perform for a new group of people, they are exposed to incredible pieces by composers, new and old, that they may otherwise not ever hear.

Education — a bit more complicated:  On every tour, we have had the opportunity to interact with students.  At Tulane, we had extended time to read and react to student works.  In Cuba, we performed and heard students perform at the National High School of the Arts (ENA) and The Instituto Superior de Arte (ISA – the National Conservatory).  These educational experiences are two way streets — hopefully we give something to the students and I know that we learn about from the students and their teachers as well.

Interaction: This is the hardest to quantify, but meeting musicians and others from different cultures (both domestic and international) is incredibly important.  Getting time to know people teaches us so much, not just about music but about ourselves as people.  In many ways I think this is the most important element for us as artists.

So with that in mind, what follows is a snapshot of our trips.  There’s a lot to say, so this time I will start with New Orleans.  I’ll follow up with more on Havana soon.

New Orleans is a beautiful city but it is really hot in October!  We stayed in the Garden District, a short trolley ride to both Tulane and to the French Quarter.  Before our trip, we had consulted friends and social media for dining suggestions and got more than we could possibly use.  Our first night we had a cocktail at the Columns, a lovely inn just a block or so from our hotel.  Then dinner at La Petite Grocery.  The food was fabulous and fortunately once the sun comes down the temperature becomes bearable.

The next day we were off to work.  We headed to Tulane where we were greeted by composer Barbara Jazwinski.  A few of her students had written works for one or all of us.  Some were fully developed, while others were just sketches.  We worked in Barbara’s cozy office.  After an hour or so, we all grabbed some lunch at the faculty dining room.  I can definitely see the difference between a lovely southern private college and NYC public colleges.  I’ve only been to the BMCC faculty cafe once and there was no reserved table, real silverware of choices (an entire buffet!) of entree.

After lunch we walked about and toured the Tulane campus until a space was open where we could rehearse.  After 3 hours, we were ready to head back to the hotel and figure out something fun for the night.  It’s not really hard to figure out something to do in New Orleans.  Like New York, it’s open all night — at least in the French Quarter.  We had a lovely drink at the Court of Three Sisters, a large open garden under some giant trees.  Then we bought some gifts for friends and after a bit of wandering about, we found ourselves a small restaurant for a quiet-ish meal.  I love that there is actual mass transit in New Orleans.  The trolleys are different from NYC subways, but they run efficiently and we were able to get everywhere we wanted with out a car or cab.

The next day was all about our concert.  These days can be hard to figure out.  The concert wasn’t till 7 and you really don’t want to practice all day.   We again went for a bit of walk about, Matt bought a lovely piece of glass art and of course we found food.

Eventually it was time to perform.   We played our largest program of the Fall, all our new works plus a little CPE Bach.  The audience, which was small for the fairly large auditorium, seemed to enjoy everything.  They really loved the works by our younger composers (Daniel Lemer and Jorge Amado) as well as Pamela Sklar’s “Two Journeys.”  And they seemed pretty surprised, and a bit uncomfortable, with Douglas Anderson’s “Reverse Variations on Arkansas Traveler.”  This work involves us telling a joke between each of the variations — the jokes we tell are kind of “dad meet music industry” jokes.  The audience at Tulane consisted mostly of students, and I think they were just too young to understand that it is ok for music to be funny and for composers not to take themselves so seriously all the time.

After the concert concluded we again hung out and spoke to the composition students.  They were very interested in all the new works, with some asking for scores to study.  One brought a sketch for violin that I played for her (on the viola.)

Of course we couldn’t leave New Orleans without a trip to Cafe Du Monde.  Last trip we completely skipped this and no one could believe it.  So, on Friday morning, we headed back to the French Quarter.  We got to the Cafe at about 9:30am and found the line extended down the block.  We looked at each other and thought about it and remembered that we hate lines, so we turned around and went to Cafe Beignet. (Thanks to Peter Hamilton for that suggestion)  I don’t know how they are at Cafe du Monde, but Cafe Beignet was excellent and there was no line (at least till after we had been served).

We're looking forward to presenting a program full of sensuous colors and textures including tracks from our most recent album ...and nothing remains the same...    Featured

We’re looking forward to presenting a program full of sensuous colors and textures including tracks from our most recent album …and nothing remains the same…    Featured works include mystical Two Journeys, by Scarsdale based composer Pamela Sklar, and Three to Get Ready, by New Jersey composer, David Bennett Thomas.  The program is rounded out with Radiance by Kyle Soliz, a work bursting with color, a deep and lyric trio by Hungarian composer Gyorgy Kosa, and Jorge Amado’s Eidos II, which will have you dancing in your seats.

We're thrilled to be returning to the wonderful Salon 33 series in Princeton, NJ! Please visit here for details.

We’re thrilled to be returning to the wonderful Salon 33 series in Princeton, NJ!

We're very excited to be going to Southeast Missouri State University for a concert and their Fine Arts PATH Residency. PATH = Performing Arts Thrive Here! We'll be spending the

We’re very excited to be going to Southeast Missouri State University for a concert and their Fine Arts PATH Residency. PATH = Performing Arts Thrive Here! We’ll be spending the first few days giving workshops and working with SEMO students, and end with a concert for the chamber music series on Friday, March 24. More info coming soon!

For bookings, performance schedules, information, kindly contact us at 8stringswhistle@gmail.com ...or use the form below.

© 2019 Eight Strings & a Whistle | Site by Cahoots Design of Boston